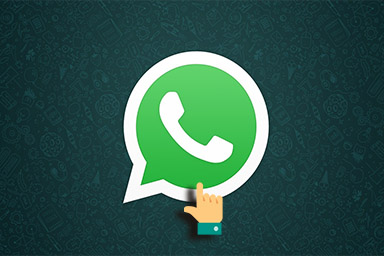 Centella asiatica and Bacopa monnieri widely known as Brahmi are considered as ‘Medhya rasayanas’ (brain tonic). However, these plants are distinctly different. The name Brahmi, is assigned to Bacopa monnieri whereas "Mandukaparni", often confused with Brahmi, refers to Centella asiatica. Brahmi is largely treasured as a revitalizing herb used by Ayurvedic medical practitioners for almost 3000 years. The herb has been mentioned in several Ayurvedic treatises including Charaka Samhita and Sushruta Samhita. In addition to being a well-known nootropic herb for centuries, it has also been used as an antispasmodic, astringent, cardio tonic, diuretic, anti-convulsant, anti-inflam- matory, analgesic, antipyretic and antiepileptic agent. Brahmi is a well-known nootropic herb and its uses in neurological and psychiatric disorders are well recognized. Its efficacy and safety is supported by research and thousands of years of knowledge and experience. Despite being such an old medicine, its new benefits are constantly being studied. Brahmi is one of the most sattvic herbs known in Ayurvedic pharmacopeia since vedic times.

The active Ingredients of Brahmi are

Brahmine : An alkaloid extracted from the whole plant of Brahmi. The Medicinal property of Brahmine is not much known by the Researchers.

Nicotine: Potent Para-Sympathomimetic stimulant and an Alkaloid found in Brambi. The Parasympathetic system is Responsible for Stimulation of “Rest-and-Digest" or “Feed and Breed" activities that occur when the body is at Rest, especially after Eating, including Sexual Arousal, Salivation, Lacrimation (tears), Urination, Digestion and Defecation.

Bacoside A: Brahmi contains a Natural Phytonutrients which is known as Bacoside A. Bacoside A is a mixture of chemical Compounds, known as Bacosides. Bacosides major constituents are Different Saponins, Jujubogenins ect. This is responsible for Improving Vital Neurotransmitters Activities which happen in Memorization and Information process and may be helpful in Depression. Balances GABA & Glutamate Levels (The most Important Neuro-Transmitter) in the Brain which in turn Promotes orderly Nerve Cells Firing as well as having Antioxidant Effects.

Brahmi is found in marshy areas near streams and ponds throughout India especially in the North eastern regions. It is found at an elevations from sea level to altitudes of 4,400 feet. It is found in `Uttar Pradesh, Punjab, Haryana, Bihar, Bengal, Tamil Nadu, Kerala, Karnataka, Foot hills of Himachal Pradesh & Uttaranchal. It is also widely grown in the Bandhavgarh National Park in India.